Previous Next
‘Oaks on the River’ holds groundbreaking ceremony in Darien

‘Oaks on the River’ holds groundbreaking ceremony in Darien 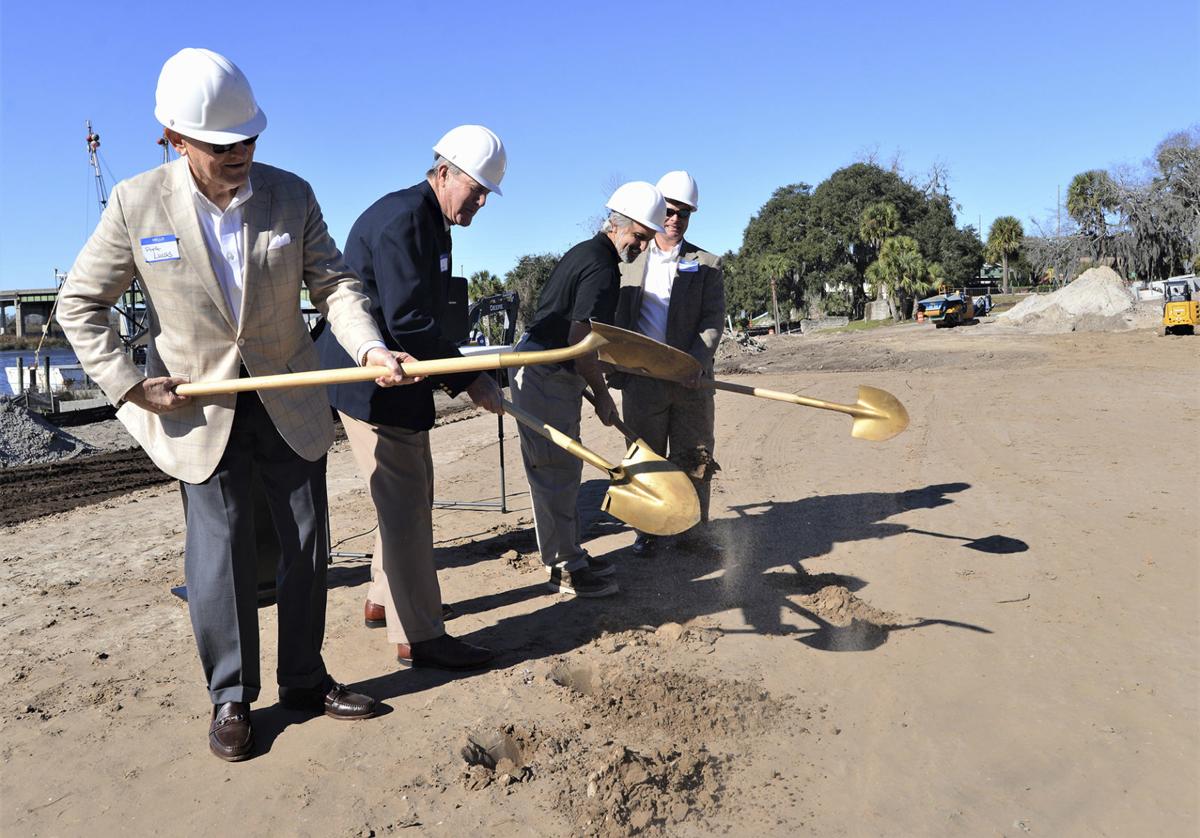 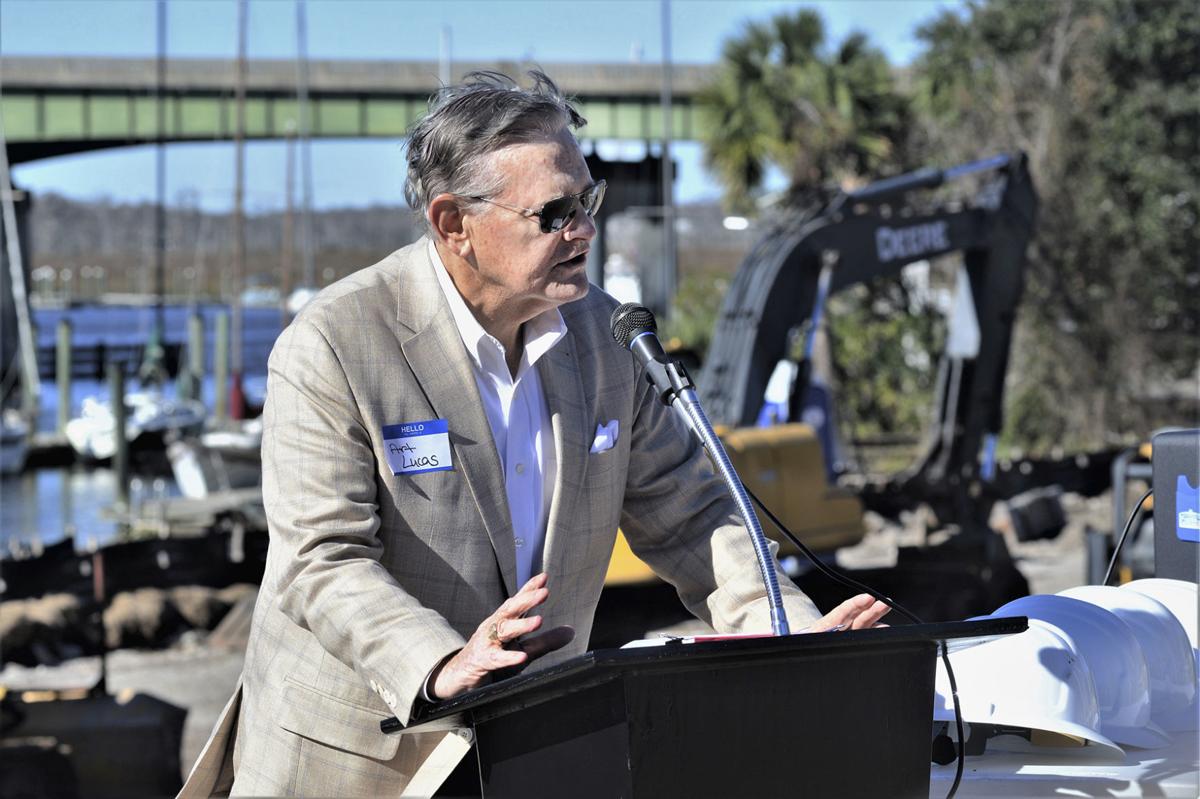 Art Lucas speaks to a crowd of about 60 gathered for a ceremonial groundbreaking for Oaks on the River in Darien.

DARIEN — Art Lucas called Wednesday a “bluebird day’’ as he led a ceremonial ground-breaking for a three-story condominium complex, a 40-plus room boutique hotel and a stand-alone restaurant all overlooking the Darien River.

Lucas stood before a mixed backdrop of shrimpboat rigging, sailboat masts, billowing wild rice and an excavator as he announced that construction would begin soon on Oaks on the River.

Work will begin first on the dozen 2,200-square-foot condominiums on the eastern end of the project that will stretch along the waterfront from the former George’s Boat Works to U.S. 17.

“There won’t be a bad view from these condos,’’ Lucas promised. Each will have a balcony with open views of the river and former rice plantation on the other side, he said.

Standing on the bare, compacted building site, Lucas said that contractors will soon begin pouring concrete and that he is hopeful that his company, Lucas Properties, will soon strike a deal with a company to build a restaurant on the opposite end of the site. Lucas had said earlier he had an agreement but the would-be restaurant owner’s financing fell through and the deal was canceled.

If he can find another restaurant partner, the eatery at the former county development authority offices and the high-end boutique hotel will be built in the first phase and the hotel will go up during the second, Lucas said.

“Kind of a destination hotel,’’ that, Lucas said, he hopes will attract bicyclists and birders.

“It’s amazing how many birdwatchers there are in the world,’’ and many come to the Georgia coast to spot birds, he said.

McIntosh County has aggressively developed its bicycle trails to accomodate long rides including a path that stretches along Fort King George Road, where Oaks by the River is located, north to the historic Ridge community on Georgia 99.

She also said she could never get tired of the view from the bluff.

Development Authority Chairman Chris Harper said he believes the project will, as Lucas predicted, be a draw to the county.

For Lucas, who grew up in McIntosh County, Oaks by the River is a homecoming of sorts. He had spent 38 years in Atlanta before coming back to the coast.

“I’m just glad to be back here and get involved in this community again,’’ he said.

He announced the project in spring of 2018 and, for all the positive economic impact it promised, ran into immediate opposition.

“We got involved with the oak tree,’’ he said.

The oak is an enormous live oak that has grown for many decades out of a tabby wall near the northern border of Lucas’ property. Lucas believed the condominiums would be far enough away from what has become the city’s signature oak that it wouldn’t be harmed. He had the assurances of an arborist that the oak would be fine, but he consulted a second who said the tree’s roots extended farther than thought.

Lucas then flipped his plans moving the condos as far away from the oak as possible. During a meeting before the City Council he said a development with oaks in its name couldn’t harm an oak.

A lot has already changed on the waterfront. All but two shrimpboats have been moved from the docks in front of the hotel property and, once work is completed on a possibly century-old yacht, George’s Boat Yard will also be gone.

Lucas estimated the total cost of the project at around $18 million but said it’s still far too early to put a firm number on it.